The Friendsvilla mine project is a big project by Alcoa Aluminium and Vigo Coal mine. 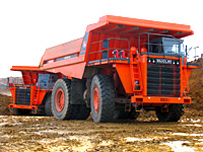 As the price of oil continues its upward spiral, industry giant Alcoa Aluminum is taking aggressive steps to get a grip on energy costs by getting into the energy business. They’re buying coal mines – let’s face it, Alcoa didn’t get where it’s at by thinking small.

One of the mines, Friendsville Mine in Mount Carmel, Illinois, is close to Alcoa’s Warrick Operation in Newburgh, Indiana. It will provide more than one million tons of coal per year to a facility with more than its share of blast furnaces.

Buying a mine is one thing, running it is another. That’s why Alcoa turned to contract mining specialist, Vigo Coal Company. No doubt its discriminating taste in mining equipment played a prominent role in its getting the nod for this demanding job. A large fleet of Hitachi machine validates that fact.

Established more than 25 years ago, Vigo Coal Company prides itself on providing its customers with responsive, effective mining solutions that are both economically and environmentally sound. According to Vice President John Harman, the company is very familiar with the Friendsville Mine property.

“We own several mining reserves ourselves and actually purchased the Friendsville reserve in 1998. It offers coal seams unique to Wabash County that had never been commercially mined. After one customer dropped out of a potential sale, we began a dialogue with Alcoa, with whom we already had a relationship. They had a real interest in our coal as a fuel source for their Warrick plant.”

Harman says Vigo assured Alcoa it had a viable product with a fairly constant 14:1 stripping ratio. That fact, and a solid ten years of coal already permitted and ready for mining, convinced Alcoa.

While Vigo maintains a standing fleet of mining equipment to support its other ongoing projects, it worked with Alcoa to purchase an impressive fleet of Hitachi iron to get the Friendsville site up to speed quickly.

“We’ve been a longtime believer in Hitachi’s ability to provide quality equipment,” says Harman. “In fact, we purchased a trio of R170s in 1987 that were the first electric-drive trucks to be placed in a mining application in Indiana. So, when it came time to ramp up for the Friendsville operation, we knew which way we were going.”

Harman says the combination of the EX2500 and the Hitachi trucks is powerful. “The EX2500 removes overburden. It’s exceptionally fast and extremely fuel-efficient when compared to the costs of a pair of wheel loaders – especially since diesel costs have doubled the last couple of years. And, when paired with the more efficient electric-drive Euclid/Hitachi trucks, we really see a nice cost-per-ton reduction.”

Harman says he has been approached by manufacturers of other electric drive trucks, but cites the level of support he gets from Rudd, which is Rudd Equipment in Indiana and is servicing this mine site now, as reason enough to stay with the orange line.

“I’m sure those other trucks are also well-built, but, in my mind, the best truck in the world is nothing without support behind it. We can call on Rudd any time of the day and be confident that we’ll get the response we need. There’s just no substitute for that.”

The coal reserve on which the Friendsville Mine sits holds more than 35 million tons (31.75 million metric tons) of coal. Given those numbers, Harman is confidant Vigo will be in Mt. Carmel for at least another decade.

“This has been a good relationship with positive incentives for everyone involved. Alcoa has stabilized its fuel costs and is meeting roughly half of all its annual coal demands from the Friendsville Mine alone. We, on the other hand, benefit from a very nice contract and, in addition to our contracted fees, are awarded incentives for meeting production goals and cost caps, as well as a specific percentage of profits from the sale of ‘over-quota’ production volumes.”

“We’re not the biggest contract mining company, but we feel we’re one of the best. We have an impressive number of reclamation awards from the Department of the Interior’s Office of Surface Mining to back up that statement. And a lot of this is due to the performance of our Hitachi equipment and the support we get from our Hitachi dealer.”