The 1000th machine has been delivered by the Hitachi dealer in Région Limousin SMTL to the Persiani quarry in Bort les Orgues on the 21st of July 2005.

The business start in France as New Hitachi European operation in January 2003.

New Hitachi people in France were very happy to meet many old Hitachi customers who purchased machines in the 80s through Equipco. 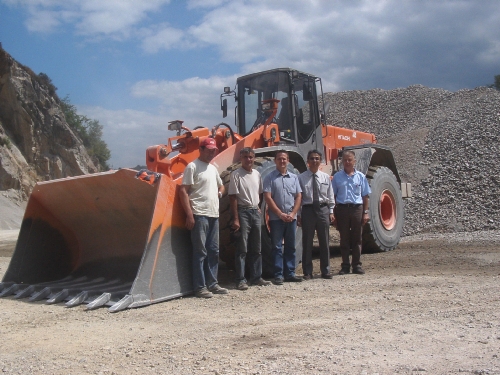