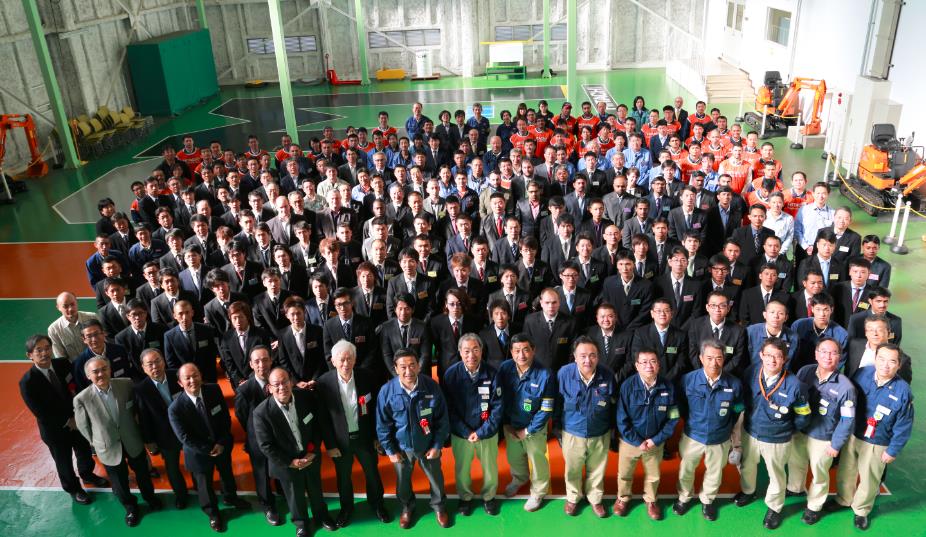 The 12th International Skills Competition was hosted at the Kasumigaura Institute on November 3‒4, 2015. This year a total of 34 contestants participated from Hitachi Construction Machinery. Contestants came from our production sites in Brazil, the first year of participation, China, India, Indonesia, the Netherlands, Russia, and the US. In addition to this, 48 members participated from domestic group and affiliate companies, including KCM. This brought the total number of participants to 82, which was a record high, topping the previous high of 75 participants at the 10th competition held in 2013.
This year robot welding was added as an official category. Participants competed in 7 categories, wielding the results of their daily training.

The awards ceremony was held on November 5. Participants that placed 4th-6th received a participation cup and those who placed 1st-3rd were given a participation cup and a medal. For some medalists, receiving the participation cup was a tearful event. All in all, it was a moving awards ceremony.
President Tsujimoto closed the ceremony by saying “The results we saw during this competition exhibit the everyday efforts of the participants. However, the assistance received from trainers and colleagues should not be forgotten. I hope that you will all share the skills you acquired with your colleagues to boost the overall level of our company, and continue to hone your own skills going forward.”
Through these and other efforts, we aim to continue to improve the overall skill level of employees at the Hitachi Construction Machinery Group. 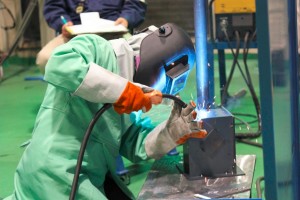 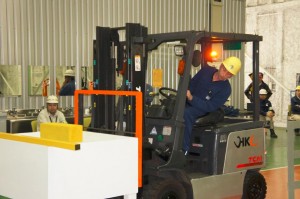