On July 27, Hitachi Construction Machinery Tierra Co., Ltd. hosted its annual summer festival on the grounds of its headquarters. Despite the intense summer heat, the festival was packed with around 1,000 visitors, not only included employees and their families, but also visitors from the surrounding area.

This year was the first time the company held a mini excavator fishing booth attraction. Visitors that brought in used vegetable oil, such as rapeseed oil, from home were given the opportunity to use the excavator to “fish” for prizes (the operator was a certified employee of the company). 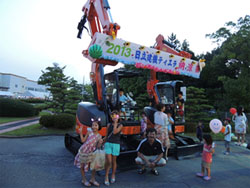 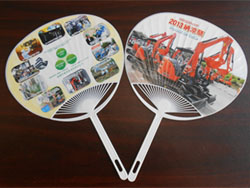 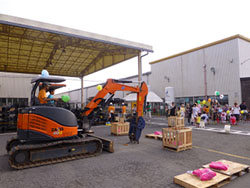