In Lake Biwa, Shiga Prefecture, indigenous fish species have dropped sharply due to the breeding of non-native fish species and the impact on the ecosystem has become an issue.

On August 20, Hitachi Construction Machinery Tierra held the 3rd Fishing Tournament to Eradicate Non-native Invasive Fish Species as an initiative to conserve Lake Biwa’s ecosystem. Parents and children could participate together in the event.

In fishing, entrants competed against the catch of each department with a total of about four kilograms of non-native fish pulled in and dropped into a collection box. The children seemed somewhat confused about putting live fish into a collection box. However, this became a chance to properly convey the Lake Biwa revitalization activities that Shiga Prefecture is engaged in.

On the day, the 27th Lake Biwa Dragon Boat Race was also held. Every year, we lineup flags and cheer at the starting point for the dragon boats. Three boats from Hitachi Construction Machinery Tierra competed in the race this year too and our boat with the team name of Kenkijin advanced to the finals, where a good race was put in to finish 4th. 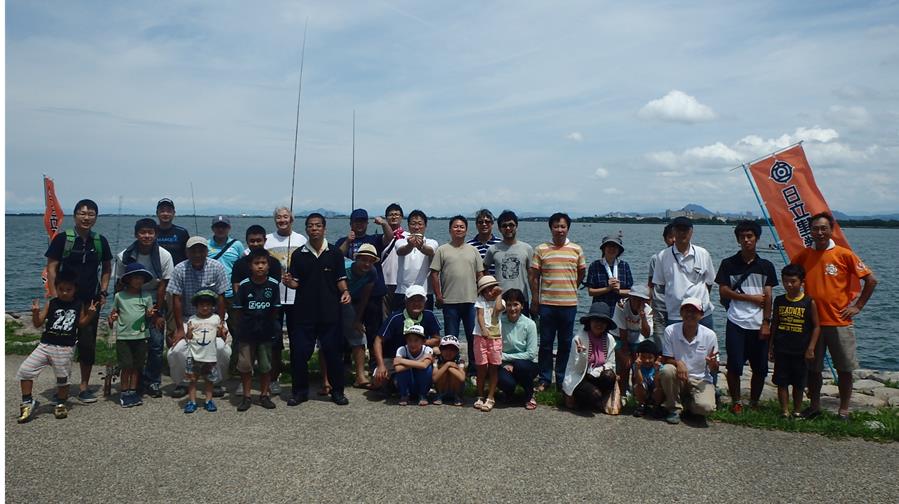 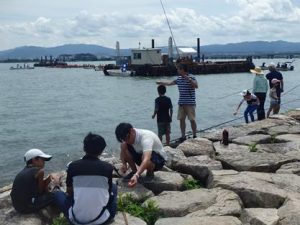 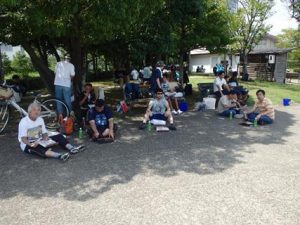 Watching the dragon boats while eating lunch boxes in the shade