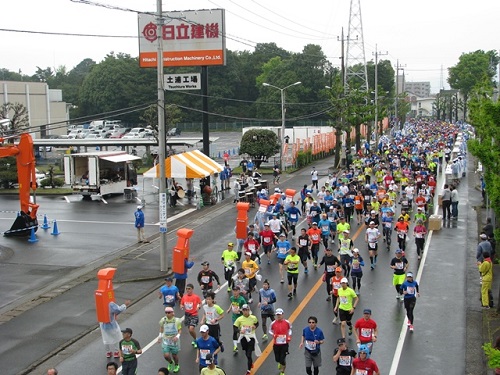 The Kasumigaura Marathon and International Blind Marathon was held on April 15, 2018. Hitachi Construction Machinery Group has been contributing to the region as a local business by being a special sponsor since 2006.

This year marks the 28th year of this event. A total of 16,509 runners, including those in the 5km, 10 mile (roughly 16km), full marathon, and visually-impaired category, kicked off the race.

Weather conditions at the start of the event were a concern as there was wind and rain during the morning. However, the rain gradually became a drizzle. There was almost no need for an umbrella a little after 10:00am. From the Hitachi Construction Machinery Group, 270 employees, mainly new employees, turned out to serve as volunteers and support the event. The volunteers helped to boost excitement by providing assistance, including handing out water to runners in front of the Tsuchiura Works, assisting with event operations at the Kawaguchi Athletic Park, which was the starting point and goal of the race, and acting as guide runners to support visually-impaired runners.

The HCM Group plans to continue to offer its support for future events. 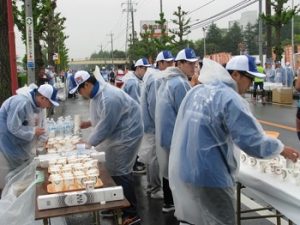 Employees volunteering at a water station 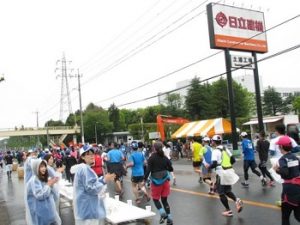 Cheering on runners from the roadside