As for the results coming from the implementation of i-Construction, the safety has been greatly improved in areas such as there is now no need to place staking on inclined surfaces. There are also merits in larger scale sites, where we want to reduce the amount of time required in areas such as surveying groundwork and completed work quality management, as well as improving construction quality.

“Meanwhile, even if we are not seeing profit as a one-off item, I think I’d like to bring systems like this in with the understanding of the customer as a cost to anticipate an aging work force etc.

For HCM, I really feel that they place the work site as the most important part of the process. I know it sounds a little plain (lol), but the technology is top notch. They are really trustworthy. Therefore, we can also trust companies selected as partners.

In the future, i-Construction will turn into on-site automation

Representative Director and President Mr. Toshifumi Miyasaka “I-Construction will help secure safety, quality, and productivity by supplementing inexperienced operators in place of aging skilled ones, however in the future I expect this will be fully automated, with robots and unmanned options. It could even be said now that ‘on-site automation’ is now possible – which is something that could not be realized in the civil engineering to date.” In amongst this, the first priority has to be safety improvements using atomization. “My first experience where I realized the need for automation in the construction field was at a site under the control of the former Highway Public Corporation during the eruption of Mt. Usu. Since then, in coordination with the Self Defense Force and the administration, we have a 24-hour disaster prevention system to prepare for disasters in surrounding areas, and automation of construction machinery is necessary from the perspective of disaster prevention and disaster restoration.” The company is the first to register as a ‘Resilience Company’ in Hokkaido. It is also attributable to the company’s management policy to have proactively engaged in disaster prevention work and disaster restoration work.

Due to damage caused by last year’s typhoon, construction work on the embankment for the repairs required on the “disaster restoration project on the Left Bank of the Satsunaikawa River downstream from the Taishou Bridge” are underway. Two ZX200X-5B’s and a compaction management system are in operation on site. At HCM, in addition to creating 3D construction mapping data, the company also transfers data conversion to the ZX200X-5B, and supports slope shaping by machine control functionality. According to the proposal from HCM, the rear visibility support device ‘BLAXTAIR’ was also installed in the owners machine, further improving and strengthening the safety aspect. By utilizing 3D data, the volume of the main embankment, and the amount of soil removed from the temporary dam was able to be calculated precisely. 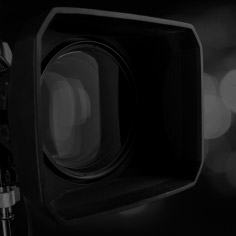 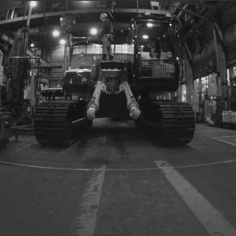 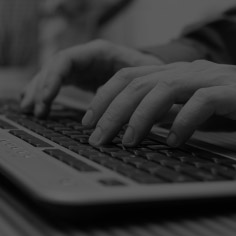